While the esports industry may have been growing in quiet anonymity for many years, esports are very quickly losing their “underground” status as they become the subject of more and more mainstream media coverage.

This step into the spotlight has seen with it a vast increase in the variety of companies getting involved in the esports phenomenon – initially home only to “tech and gaming brands” followed shortly after by your more maverick brands comfortable with being on the edge of popular culture.

Today however we see brands with far less daring or cavalier constitutions dipping their toes in the competitive gaming waters as they start to see the huge potential that esports has to offer.

For many the question remains why should brands get involved in esports.

Attend any marketing expo, sit in on any round table strategy discussion or even eaves drop on any water-cooler conversation in marketing and advertising agencies around the world and without fail you’ll hear the conversation involve the millennial demographic. Who they are; Why they are so lucrative a market to tap in to; and most importantly theories and opinions on how to get them to listen.

The fact remains that while being the biggest generation both in population and spend, millennials remain some of the most difficult for brands to speak to since they don’t watch TV, don’t listen to radio and certainly aren’t paying attention to your print adds this despite the almost ridiculous stat that they consume up to 16 hours of media content per day (thanks to the joys of multiple screen consumption)

The answer would appear to be as simple as shifting all your above the line spend into digital right? Sure, if digital weren’t already the oversaturated minefield that it is and good luck getting through to a consumer group bombarded with advertising, armed with impeccable radar for detecting inauthentic branded content and very comfortable with installing the latest ad blockers.

Gaming provides a unique opportunity for brands to converse with millennials through one of their passion points provided they can do so authentically and while adding value.

The amount of content that the average gamer consumes is mind boggling. One simply has to jump on to Twitch.tv (one of the top 4 most viewed sites on the planet) and see the millions of viewers watching anything from pro players to international tournaments.

As an example of the near limitless content, if we look at ONE game like Dota2 (Defense of the Ancients) the amount of content being produced is astounding. There are several channels with over a million subscribers making Dota related content, none of which are endorsed by Valve (the game’s owners) – thus all independent content creators.

One particular example Dota WTF – which makes weekly compilations of fails and odd occurrences in the game from replays submitted by fans – has over 2 million subscribers and each video will usually have between 1-2 million views within 2 days of being released.

The opportunity is for brands to get involved with content creators such as this who “get” their market like no one else.

Unlike many other sports, esports provides brands with several unique engagement opportunities to converse with fans. The very nature of gaming and with it streaming allows professional players, celebs and influencers to share their passion for gaming while conversing live with their audiences – a conversation which brands would gain considerably by leveraging – provided the relationship with the streamer is authentic and aimed at adding value to gamers.

One example of a unique engagement opportunity, was an activation by Eyewear manufacturer Eyezen who partnered with professional League of

Legends player Rekkles. The activation involved giving fans the chance to “Challenge Reckles” – not at League of Legends, but at a game of reflex and focus the Eyezen Challenge (check out the challenge here https://eyezen-challenge.com/) .

Not only was this a fun activation for players to match their abilities against arguably one of the best esports competitors in the world, but also spoke to the brand’s credentials in precision eyewear. 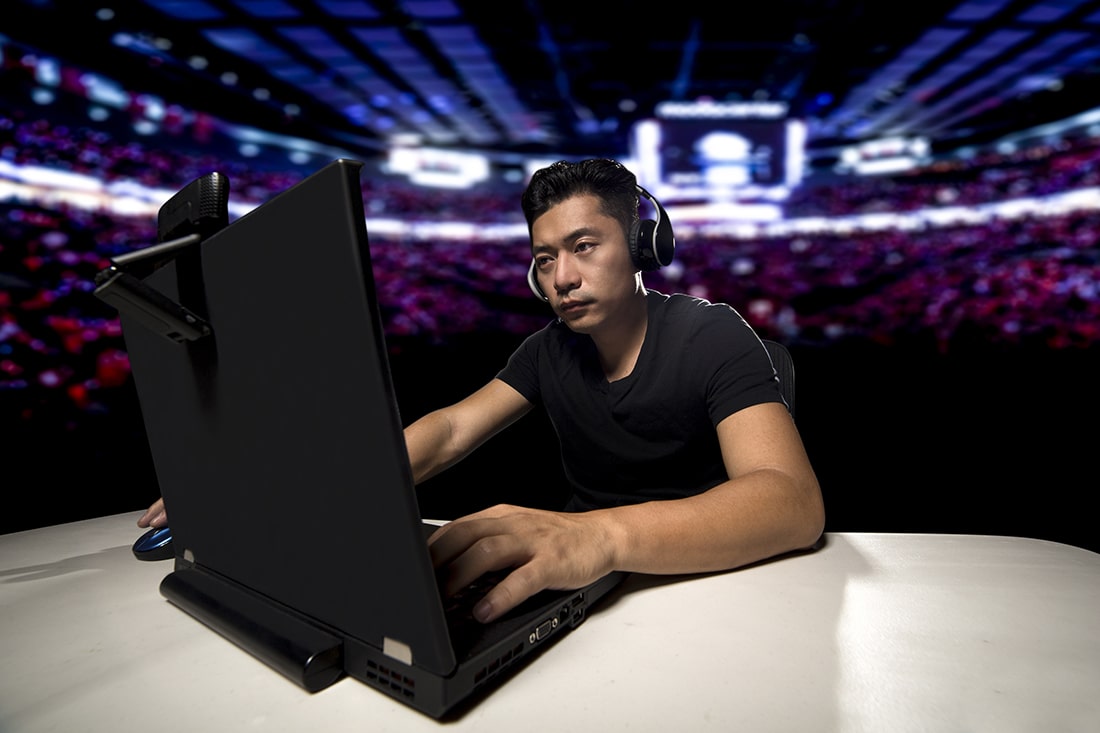 When compared with the costs of sponsoring traditional sports either through team or event sponsorship, due to the perceived “niche” offering of esports (despite its rapidly increasing footprint and appeal) the cost to brands to sponsor or even acquire properties in the esports market results in incredibly low cost per acquisition or CPA.

The esports market is growing at an absolutely meteoric rate. Gaming research firm Newzoo has pegged total review for 2015 and 2016 at $325 and $493 million respectively (YOY 51%). 2017 is estimated to end at $696 million (YOY 41%) with predictions for 2020 to reach $1448 (CAGR 2015-2020 35%). The majority of that comes from brand investment rights (media rights, advertising and sponsorship) – 2015 $230mil; 2016 $350mil and 2017 $517mil. These figures don’t include the esports betting industry which hasn’t been included, but with most international betting companies featuring esports on their sites it could more than likely be even bigger than the total esports market currently.

To speak to the popularity of esports a study done by Limelight Networks showed that young men 18-25 watched more esports than traditional sports. Furthermore with viewership of traditional sports dropping among millennials in recent years, even the Olympics are considering bringing video games into the mix.

The era of esports and gaming being considered a fringe or niche past time is over and if we look at how rapidly the professionalisation of traditional sport occurred, I can only contest that the window for brands to get on board with esports will be even smaller before the relatively “cheap” properties available today become the powerhouse brands of tomorrow and unaffordable to those who waited too long.

About the Author: Gareth Woods